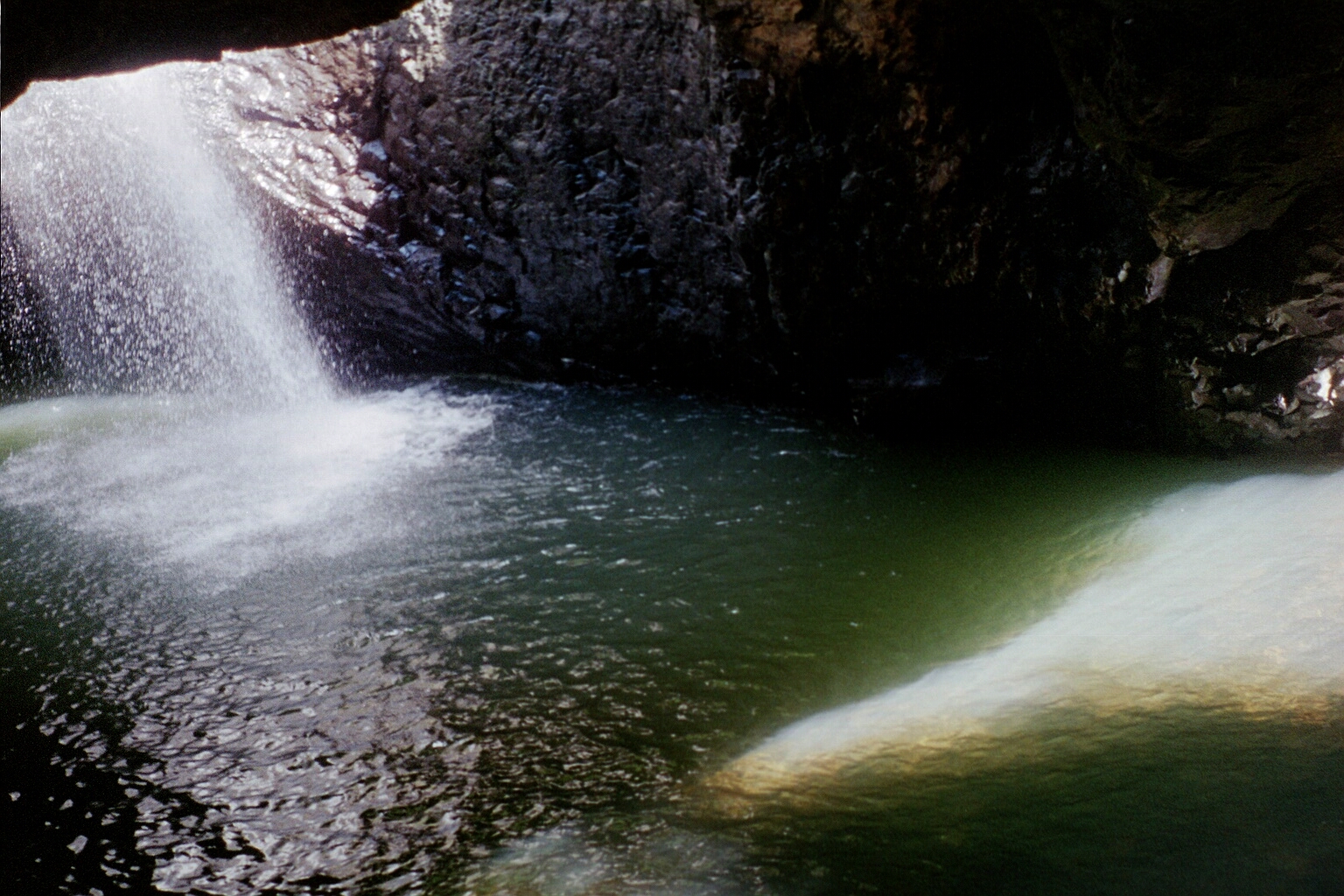 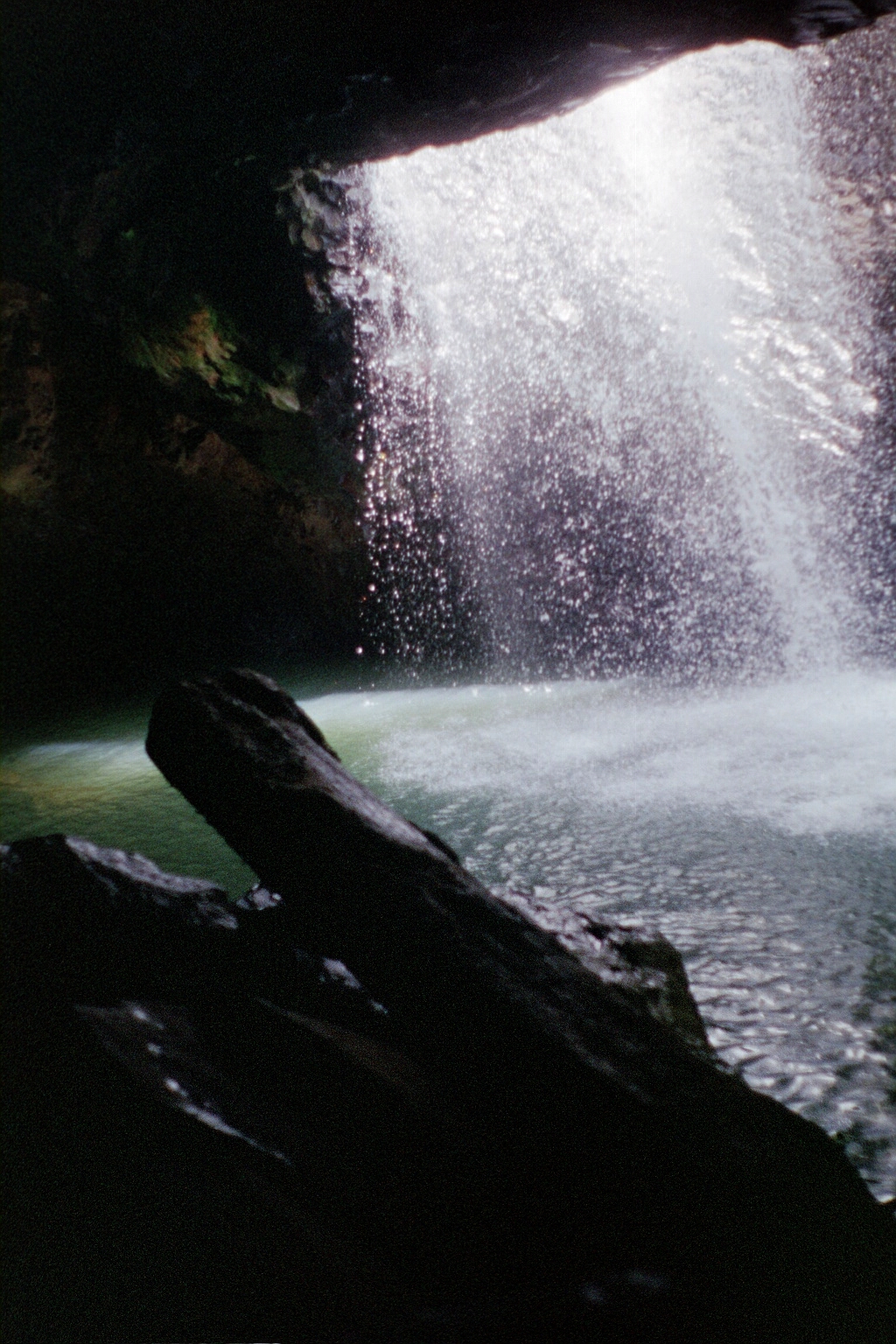 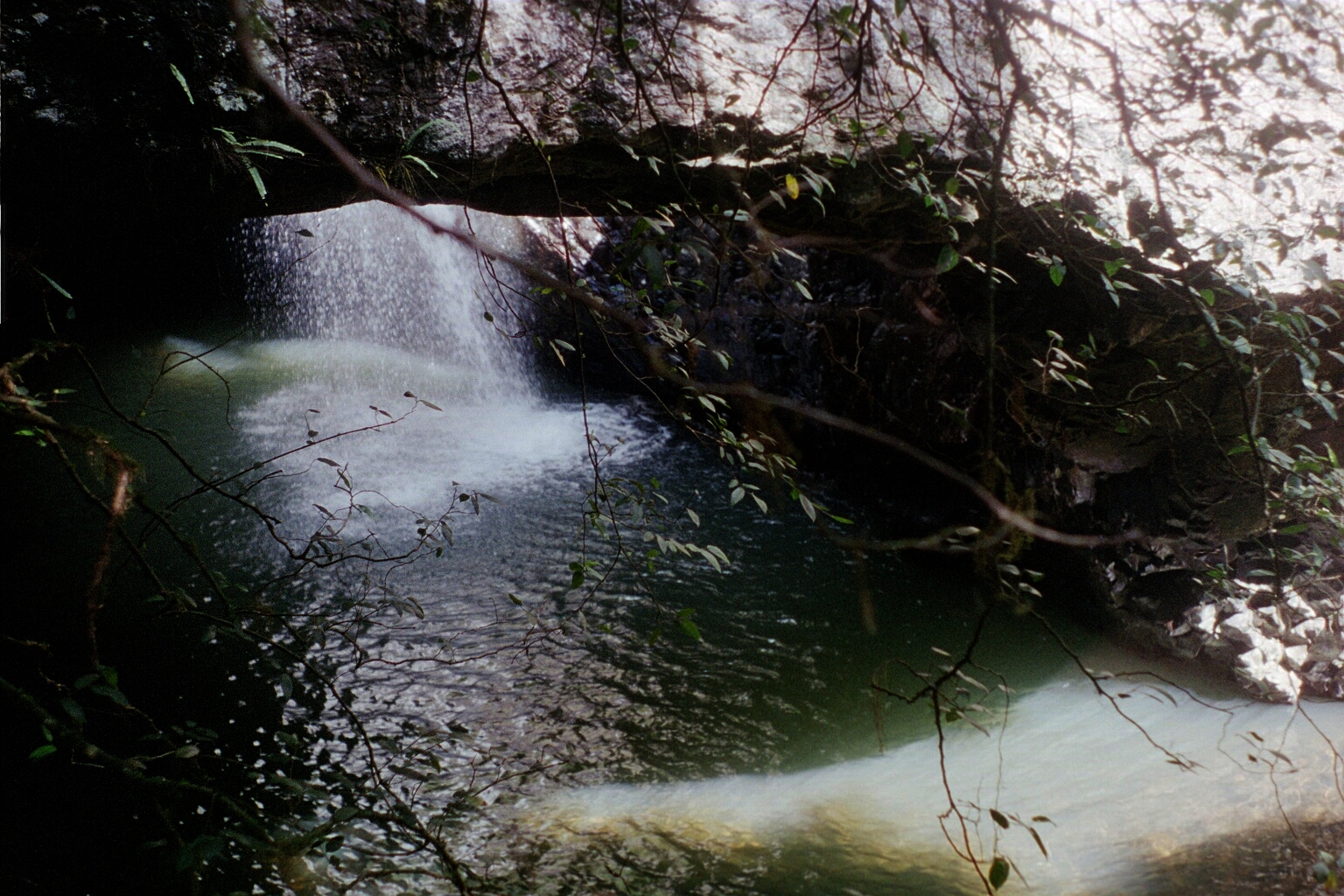 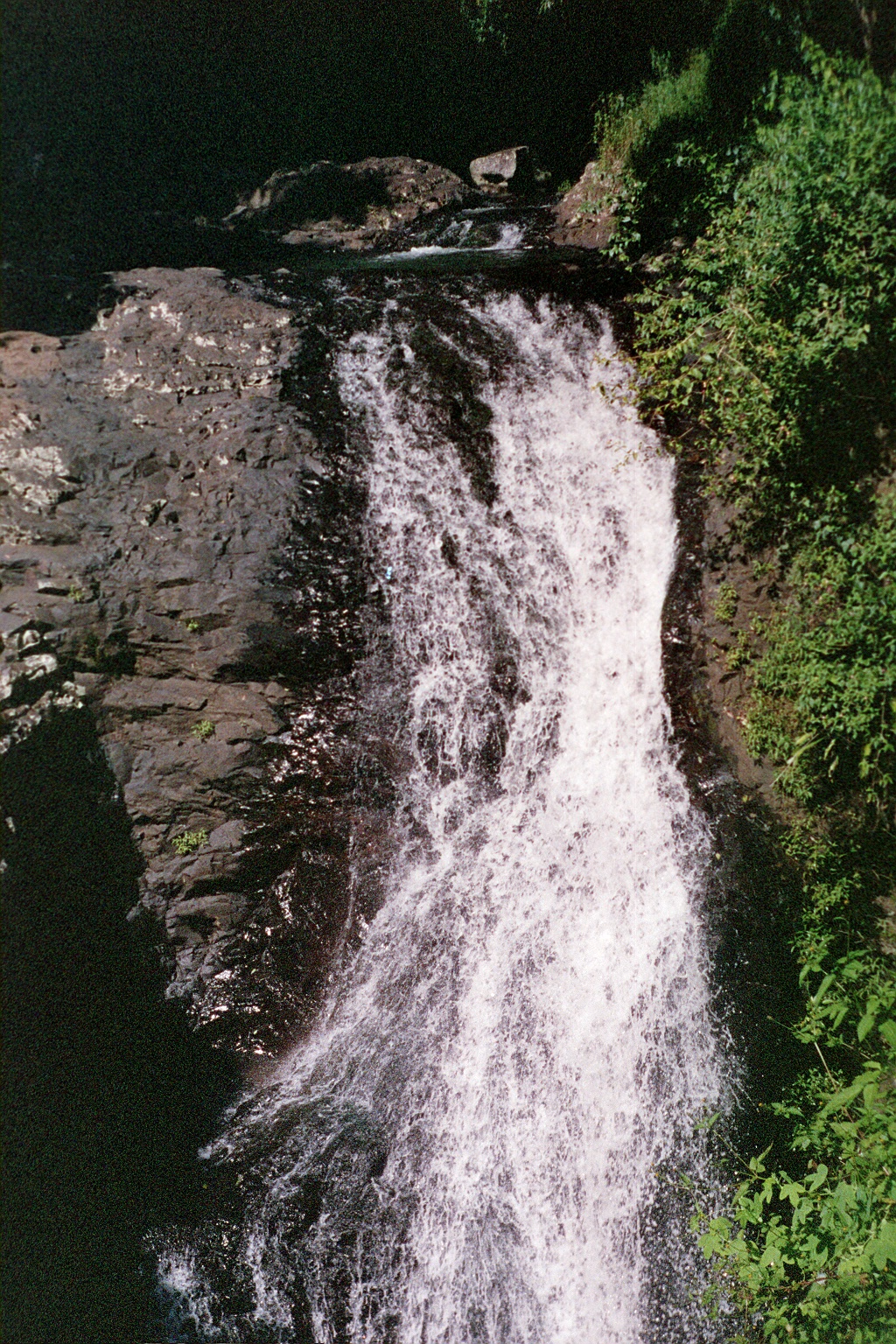 The Edge Of The Water Fall ….. 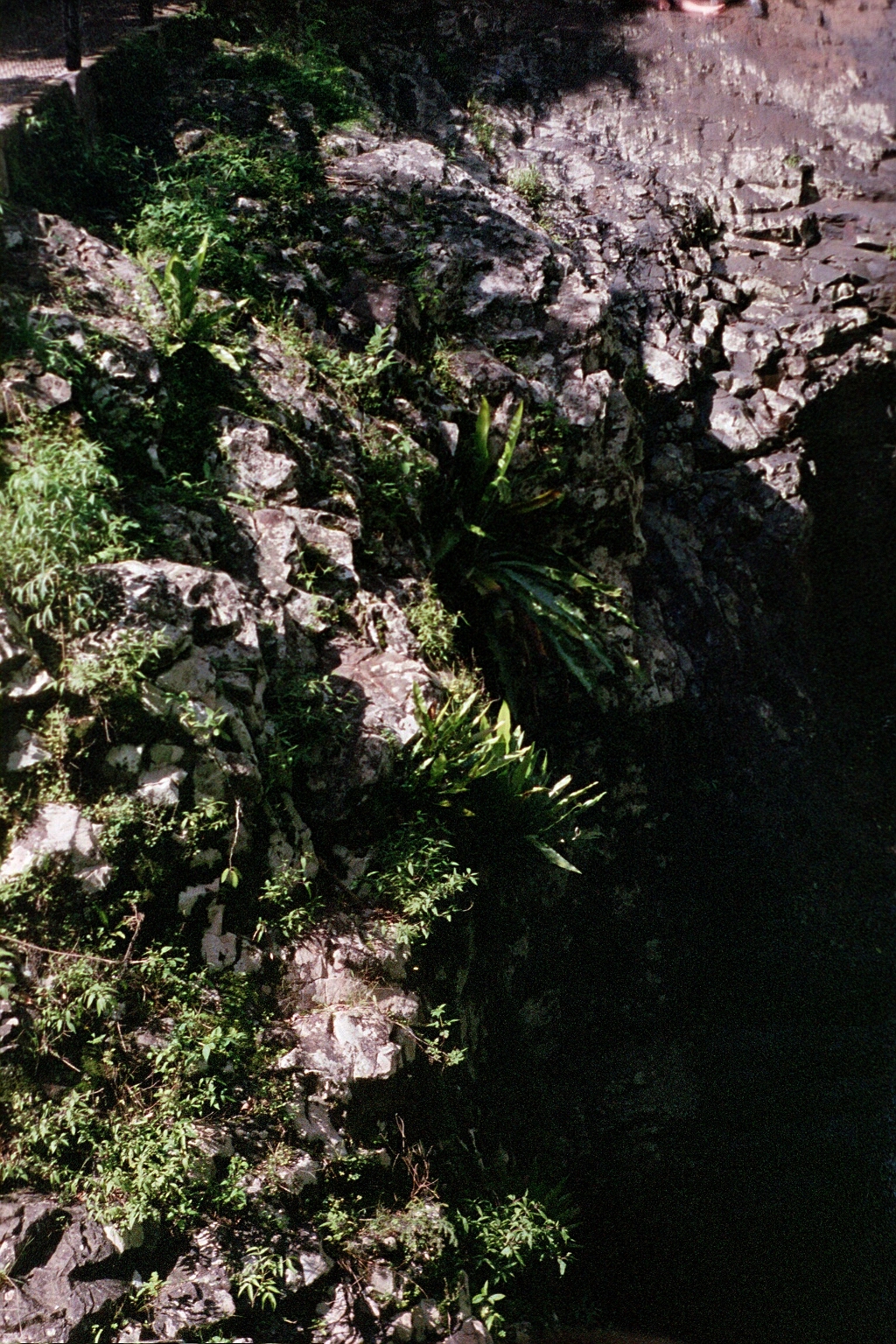 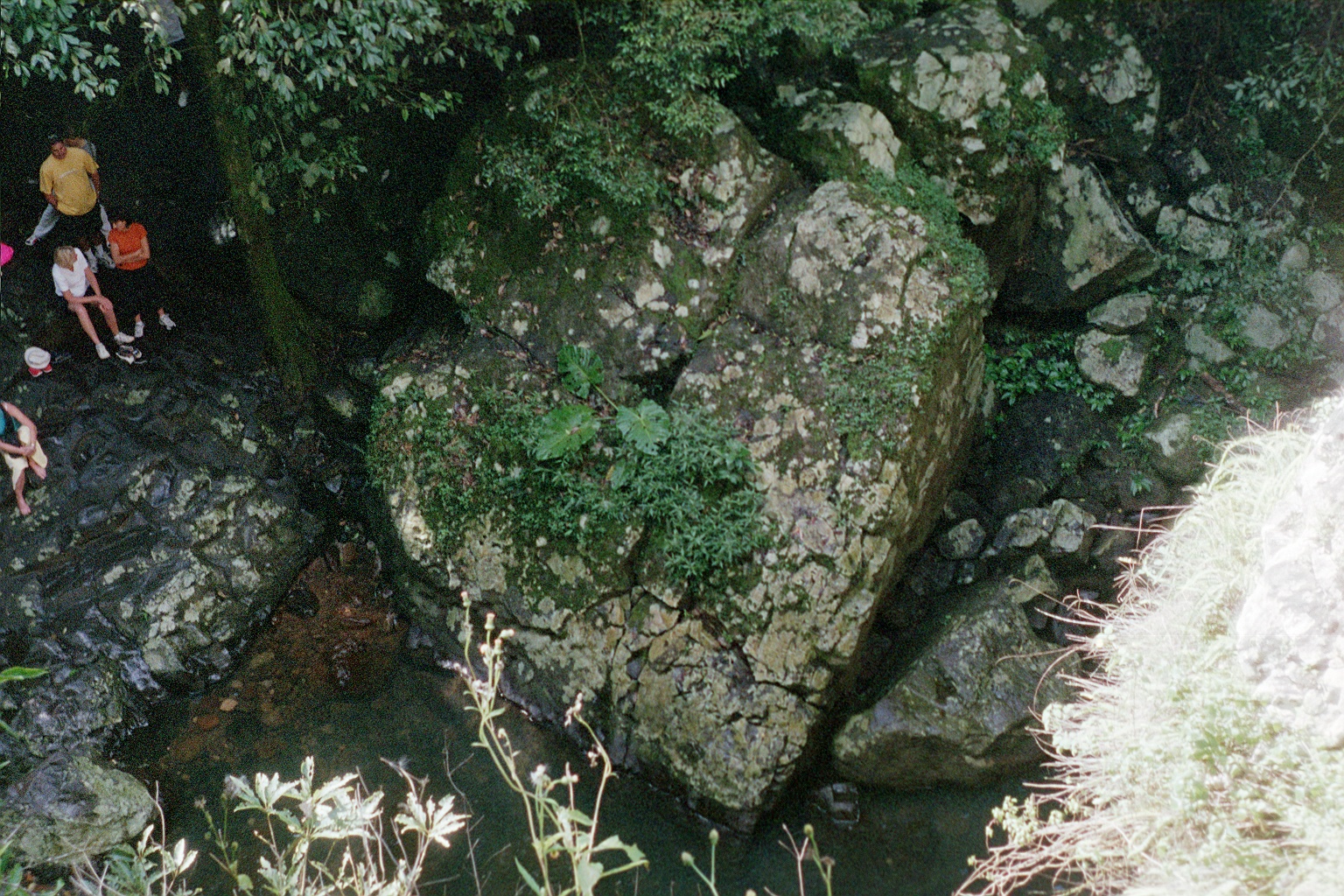 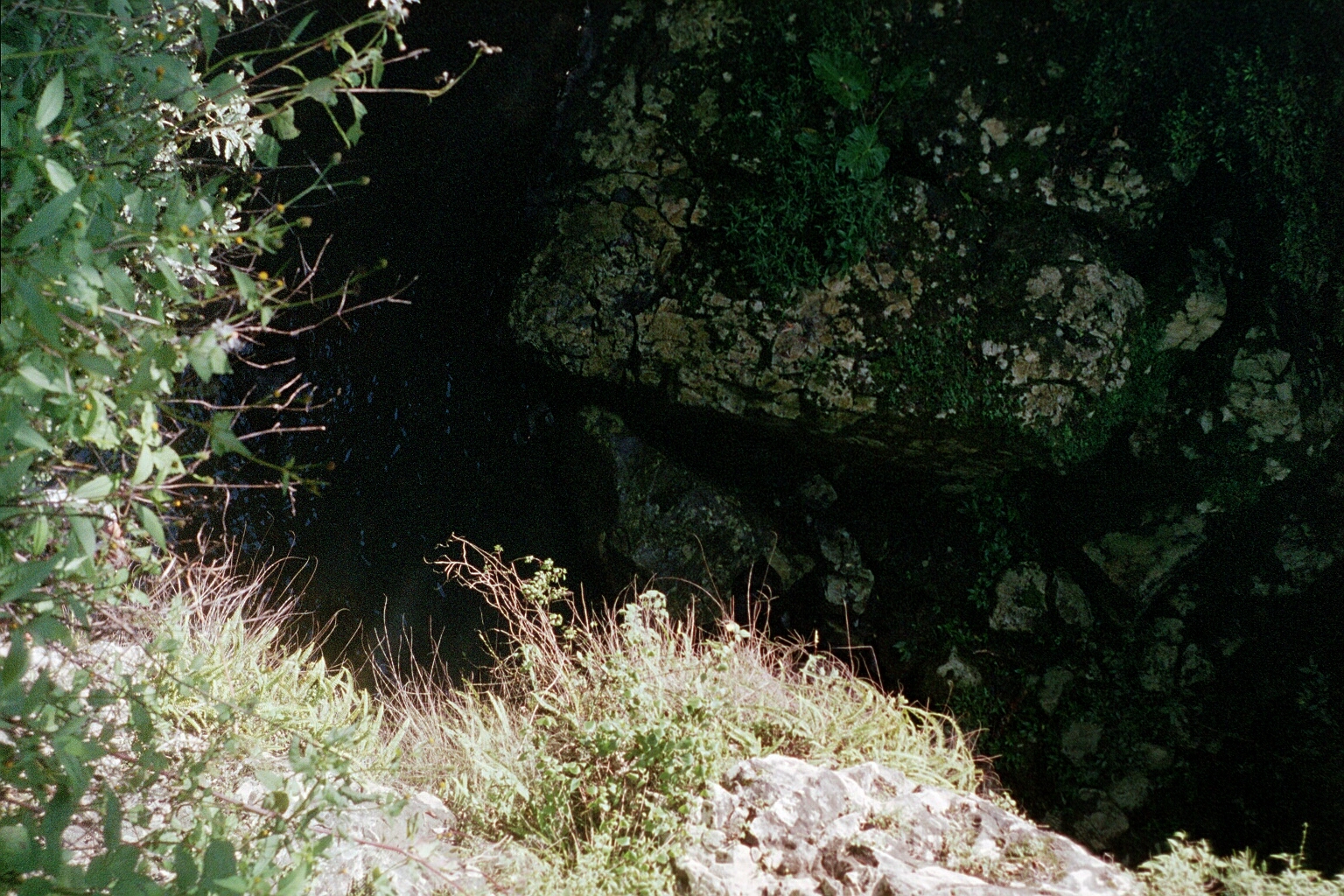 The Creek Winding Through Boulders to The Water Fall ….. THE HITCHHIKING TRIP THROUGH NUMINBAH VALLEY  ….

I used to hitchhike everywhere. This particular weekend, I wanted to hitchhike down to my parents place at Wilsons Creek, Mullumbimby. As I was living at Newmarket, Brisbane in a flat, I decided to hitch down through the back of the Gold Coast, through the Numinbah Valley for the scenery and rainforest views. This was instead of the very straight forward trip down the Pacific Highway, through the Gold Coast to the Northern Rivers area.

I thought I would hitch from the Numinbah Tick Gates on the Border of NSW to Murwillumbah on the Tweed River Lowlands. I would then hitch on from Murwillumbah to Mullumbimby. As this is a very scenic route, with plenty of traffic through the area, I thought I would be down at Mullumbimby before nightfall. I had only taken a pack with no tent or sleeping bag as I would have on longer journeys.

I eventually hitched right through all the afternoon and finally arrived at the Tick Gates. I thought this would a good place to hitch to Murwillumbah as the cars all had to stop at the gates.

I waited ….. and waited ….. and waited some more. There was very little traffic coming through this road. What was I to do? I had been waiting nearly three hours and it was already dark. As I had no sleeping bag, I was getting concerned. I had in the past under similar circumstances, been known to find a open area such as with a grassy patch in a shallow storm water drain where I’d slept for the night. However, this was winter time and therefore was unsuitable and it had starting raining.

Tonight, with no sleeping bag, I didn’t know what to do. I finally decided to phone my father at Wilsons Creek to see if he could come and collect me: at least an hour’s trip for him. I was fortunate I could use the phone in the gate keeper’s office. However, my parents hesitated as to what to do. Could I possibly get a bed down at the Seventh Day Adventist log cabin down the road? It was now nine o’clock at night. I had been brought up as Seventh Day Adventist teenager in the 1969’s.  My parents were leaders in the Mullumbimby Seventh Day Adventist Pathfinder Club. See this post. We all knew and had stayed at the log cabin down the road in the past

At least I knew where I stood. I then started walking back down the road several kilometres towards the Log Cabin, which the Seventh Day Adventist Pathfinder Club from Murwillumbah had built in earlier years. The cabin was hired out to various groups. Maybe there was the possibility of a bed down there for the night?

I finally walked about a kilometre down the Numinbah Rd. I then I passed a farmhouse on the lower side of the road. Maybe, they may have a shed or barn I could spend the night in? I walked to the front door and gave a tentative knock. I explained my predicament to the farmer and his wife. Instead of the shed, they said ‘Come on in’. They listened to my story, checking me out. They then offered me a bed for the night ….. white sheets and warm blankets in a bedroom of my own. It was totally amazing!! … strangers but real friends who I hadn’t met before. It turned that they had a son as a student at university. They quite understood my situation.

In the morning, after breakfast, they dropped me back at the Border Gates. I eventually hitched down the mountain to Murwillumbah. I finished hitching a ride with some friends who were passing to Mullumbimby. When I arrived, I rang my parents to come and collect me. It was then that I was shocked into a realisation of the trouble I had created. Mum and Dad had suddenly changed their minds and had driven all the way to Numinbah to collect me. Not finding me as a result, they had driven all the way back home, empty handed. Meanwhile, I was tucked up in bed a few kilometres down the road.

What a hitchhiking trip I will not be repeating!!