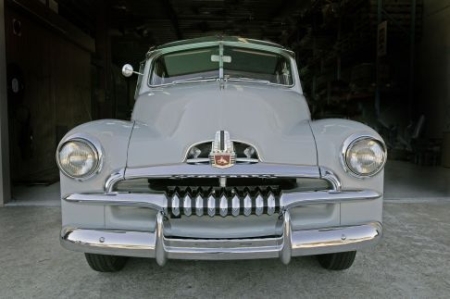 I had been brought up in a very good Seventh Day Adventist (SDA) Christian home at Wilsons Creek, Mullumbimby in northern NSW from 1949 to 1967. Where we grew up had a major impact on me personally for 18 years .…… rainforest creek, mountains and valleys, rainforest etc. See this post:  banana-growing-in-the-1960s.

With this background, I had gone to the SDA Avondale College at Cooranbong to do science in 1968/69. I was a very countrified young man. I then came up to Brisbane to do a Science degree at the University of Queensland (UQ) 1970 – 1974. Because I was brought as an Adventist, I was part a tightly knit community of people …. a bit like extended family with each one helping each other. There was an Adventist University Society I immediately related to.

When I arrived at QLD University in 1970, I was a poor, twenty-year-old student with no transport. My friends rallied around and found me a car for sale. It was for $150.00, an F.J. Holden (from a mechanic friend of theirs, Darryl Morgan). Gail Mason, one of my past girl – friends said recently how she remembers number plates whereas in comparison, I remember people’s names and details. Mine from that period for my FJ Holden was NTC – 529 …… not that I can remember.

The FJ Holden, ‘Australia’s Own Car’, was released in 1953 and quickly became a ‘dinky-di Australian icon’. Produced locally, it sold in large numbers and was the first car that many ‘ordinary’ Australians had ever owned. The FJ was essentially a revamped version of the earlier 48-215 (commonly known as the FX) model and came in Standard, Business, Special, Utility and Panel Van versions. A million had been sold by 1960 and, despite market competition from the Ford Falcon, another million was sold over the next six years. Other Holden motor vehicle items in the National Historical Collection include four original factory design drawings and a billboard advertising ‘the beautiful HOLDEN – Australia’s Own Car’.

The car I bought used to be a hotted-up car (when Darryl had it). It was a two tone green with a metallic light green top and a dark green lower trim. There was a floor shift instead of the normal column gear change. Darryl, being a mechanic then, had widened the rims by cutting them down the middle and welding in a spacer section to widen them. This then made the wheels look chunkier with wide Michelin tyres. This was before rigorous vehicle standards we have now. However, someone had scraped the car down the side one night and wrecked Darryl’s wonderful paintwork. He then had no money to get it repaired. This was how he came to sell it to me for $150.00.

The car was put to good use as I came to live in a rented house with three other fellow students (Trevor, Max, Austin), friends of some Adventist friends at the Gap who were the main reason for my decision to come to Queensland in the first place. The house was up in Moggill Rd., behind the three television towers of Mt. Cootha. We rented the house (which was called `The Shack’) from of one of my other friend’s uncle who lived in Adelaide (a Dr. Cyril Evans). The rent when divided equally with the now five students, was $8.00 / month per person.

The Shack provided a cold water shower and bath, with a simple chip heater if you wanted the luxury of a hot bath, downstairs. The Shack had four upstairs bedrooms, a living room and small kitchen.

When Trevor and I were living there after every one else had left to be married etc., the washing up wouldn’t be done for a week. Trevor would come in late from classes etc., have a late meal then leave the dishes in the sink with water. We would eventually run out of plates. In desperation, we would both pitch in and do the washing up in one great burst. We would wash up by first washing the individual plates of slime from sitting for a week in water. The smell was appalling!!

The car I bought enabled me to drive everyday to university through Ashgrove, over Coopers Camp Rd. to Bardon and down via the new Botanic Gardens. It was then down to Toowong and then onto the University at St. Lucia.

To help pay for petrol, I would pick up several other students who contributed to my car expenses ….. 0.50 cents / ride to Uni. Petrol was 0.15 c / litre back then. I always remember filling up my car at the Taxi Station at Eagle Tce, near North Quay / Coronation Drive. I was always on the lookout for cheaper petrol.

VEHICLE INSPECTION: I had received a notice from the police to present my car for a vehicle inspection at Dutton Park. The car had to be presented as a standard car with normal wheels. I was in real trouble as I had no money to convert back to four standard wheels from the wreckers.

The particular morning of the inspection, I dreamed up a creative alternative. As I drove into the university carpark, I waited for a particular student who I had noticed also had a light blue F.J. Holden. I waited until he drove in and was about to get out. I also got out, introduced myself and explained my dilemma.

My proposal to Tom was to exchange his wheels for mine for the length of the day. It was a valuable exchange as he was getting wide new Michelin tyres for old. This deal was agreed and I was to come back to his address at the end of the day.

I proceeded to a successful vehicle inspection after classes in the afternoon. With my new certificate in hand I went back to Tom’s place to re-exchange the wheels. I still remember this as one my colourful student day experiences.

INCOME / ODD JOBS: I used to take on weekly gardening jobs to supplement my income which were advertised on the Student Union notice board. At that time I used to get paid $1.50 / hr. On one other gardening job I had the nerve to ask the lady of the house for a rise to $2.00/hr. It was with some protest that she paid it.

One gardening job for a Dr. John Patten at Wavell Heights was a great longterm success. I got on so well with the client that I even did some babysitting. They were going to England in a couple of months and they had bulk discount movie tickets and they wanted to use them up. I would stay overnight and babysit the children.

I recently rang Judy Patten when I wrote this story. They had come back to live in Ascot in the early 1980’s. Their children have grown and left home all together. One of their sons who I used to babysit, was then a thirty year old surgeon at the Prince Charles Hospital.